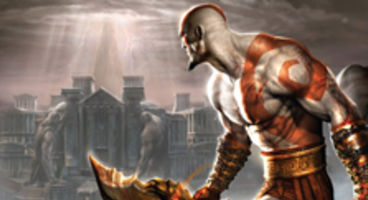 Shuhei Yoshida of SCE has said how they could of had God of War II made for the PS3's launch, but he "firmly stood by" its PS2 release.

It takes a while for studios to become "familiar" with a platform, and PS2 was something they "totally understood" to "complete their vision".

"We had a lot of debates about it, actually. I always firmly stood by keeping it on PS2,” Yosihda-san told GameInformer in an interview.

"Many people, including marketing, suggested that maybe it should be moved to PS3. What I believed was that God of War II would be the best-selling and best game of the year."

"We had always seen that, at the launch of a platform, the developer has to spend a lot of time becoming familiar with the platform and software tools," he continued.

"Technical issues take up a lot of the development, perhaps leaving less time for really polishing the game. Towards the end of a platform is when you see really great games, after developers really begin to understand the hardware."

“I saw an opportunity for the Santa Monica team to complete their vision for the second game on a platform they totally understood. That was my argument and the company and team supported it. I’m very happy with the result."

Yoshida-san has "never regretted the fact that we released God of War II on PS2." I very much doubt fans regretted the decision either as its lead to God of War III, which releases exclusively on PS3 March 23rd in the US, and on March 26th in the UK.