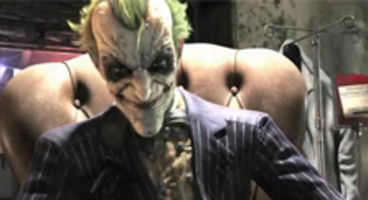 Terrible news for Mark Hamil as The Joker fans, because Rocksteady's Batman: Arkham Asylum 2 is his last performance as the criminal fiend.

This could mean The Joker meeting his end in Arkham Asylum 2 but Hamil wouldn't be tricked into revealing anything. It's Hamil's "last hurrah."

"This will be my last, there’s no question about that. But it’s the last hurrah,” Hamil told IGN in an interview. The Joker was of course the primary villain for Batman in Rocksteady's amazing hit Arkham Asylum, said to be the benchmark for comic-to-videogame.

"I was flattered they came back to me, especially after being blown away by Heath Ledger's incredible and novel take," said Hamil, asked to reprise his role as The Joker.

"He was the most joyless Joker. Not a hint of theatricality; he was almost like a heroin addict. It never would have occurred to me, and that's why it was so delightful and surprising. I was glad I got on and got off before that happened."

"In Arkham Asylum, since it wasn't based on the animated version, it was as nasty and gnarly as it could be, since it was aimed at an older audience. So it gave me a way to justify The Joker. And, again, I just love challenges!"

Batman: Arkham Asylum 2 releases on Xbox 360, PS3 and PC this year. E3 will likely hold much more for Rocksteady's sequel, of which expectations are extremely high.