Star Wars: The Old Republic is EA's "largest R&D project" there is 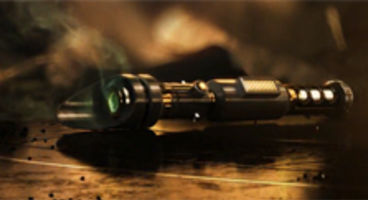 Have no doubt in your mind, the sheer amount of cash that publisher EA is injecting into BioWare's MMO Star Wars: The Old Republic is huge.

It's the biggest financial project EA has "ever undertaken" in getting a title to retail. They’re "intentionally" keeping a release date very, very vague.

“It is the largest R&D project EA has ever undertaken in terms of total dollars that we expect to spend bringing the title to market,” EA CFO Eric Brown said at the Janney Capital Markets’ 2010 Consumer Conference, reports VG247.

"It is the largest R&D project EA has ever undertaken in terms of total dollars that we expect to spend bringing the title to market,” he added. Developer BioWare has big ambitions for their first ever MMO, with one of those being fully voiced NPCs everywhere.

"In the past, for MMOs, the type of fiction that has resonated most broadly is fiction based on swords and knights and sorcery, et cetera." Star Wars is a unique property that can move through the decades with little fear of losing popularity.

"We think it has very broad appeal.” EA is confident all their cash is well spent as BioWare “is one of the highest-rated studios in terms of quality overall.” The Old Republic will be at E3 with official broadcaster G4TV planning 30 minutes of non-stop footage.

Check out the reveal trailer that sparked this Star Wars MMO among fans...