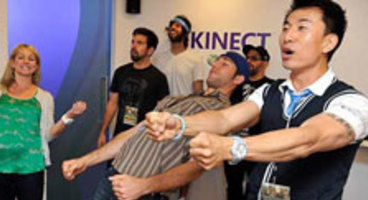 It depends on the "kind of experience" studios want to make, Dance Central already has "a lot more" than just 2. It's "not necessarily" a limitation.

The technology isn't limited to just 2 active players contrary to popular belief assures the Xbox boss. "I think that it all depends on the kind of experience that you want to build," said Tsunoda, asked about it supporting more than just 2 players.

"Certainly if you look at a game, go down on the floor, Dance Central is already incorporating a lot more than two players. So you know it's not necessarily any kind of limitation as much as it is developers just trying to customise the experiences around what they think is the best way to play."

"You can see like sometimes in a split-screen game it's hard to add more and more players because it's hard to see what's going on - and that's true of any game. I think something like Dance Central you can see is already incorporating more than two."