Studios "consider" EA if there's "no other option" claims Kotick 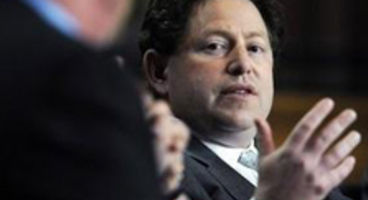 EA's big trouble of today is that great minds "don't want to work there," claims Kotick, and others only "might consider them" if there's little option.

In an interview he said EA's "been struggling for a really long time," and insists that Activision and EA have no rivalry. "The most difficult challenge it faces today is; great people don't want to work there. It's like, if you have no other option, you might consider them."

While conceding EA had managed to "capture and keep some good people", they were easily dwarfed by Activision's recruitment power. "We have had no shortage of opportunity to recruit out of EA," added Kotick.

"...that's their biggest challenge; its stock options have no value. It's lost its way."

"The core principle of how we run the company is the exact opposite of EA," claimed the CEO. "EA will buy a developer and then it will become ‘EA Florida’, ‘EA Vancouver’, ‘EA New Jersey’, whatever."

"We always looked and said, 'You know what? What we like about a developer is that they have a culture, they have an independent vision and that’s what makes them so successful.' We don’t have an Activision anything - it’s Treyarch, Infinity Ward, Sledgehammer."

"That, to me, is one of the unassailable rules of building a publishing company. And in every case except for two, the original founders of the studios are still running the studios today."

"The only thing that we try to do is to provide a support structure to make them more successful. If you do a really good job - and a lot of our studios do - you get to pick what is, in my view, the most difficult thing to pick in the industry: to make original intellectual property." Kotick wasn't quite done yet - he had one last barb for their 'non-rival'...

"And until it has success, and hits, and gets that enthusiasm back for the company, it’s going to have a struggle getting really talented people, which is going to translate into less-than-great games."

Sorry DICE, Visceral, Criterion and BioWare of EA but you all make 'less-than-great games', and it must be true because the owner of Call of Duty said it. What say you?