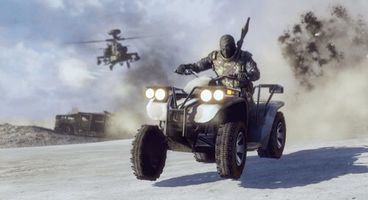 EA and DICE have released a multiplayer demo for Battlefield: Bad Company 2 on Xbox Live Marketplace.

The 1GB demo will be removed on 25th February, but will give players a sample of the Alaskan Port Valdez map. In the playable mode players will need to secure more crates than the opposing team.

There's no word yet on a demo for the PS3 and PC versions, however there is the PS3 Beta, along with a PC beta starting today. We hope to have more on this soon.

UPDATE: As of writing, the demo hasn't appeared on the Xbox Live Marketplace. However, you can queue it by visiting the web-based marketplace on Xbox.com using this link: http://tinyurl.com/yd8wduw

Be advised that the demo seems to be 'hidden' on the BFBC2 page, so you will probably have to use the link.