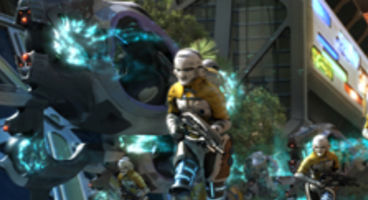 According to Square Enix, Final Fantasy XIII may or may not be getting downloadable content. It's all rather confusing with little consensus.

Producer Yoshinori Kitase says they've prepared DLC and it'll arrive "a little later in the west." Now he's quoted as saying they're "not considering it."

A translation over at NeoGAF has Kitase-san revealing they do have DLC plans for the latest Final Fantasy and that it would reach western fans too, reports VG247.This interview took place with OPM Benelux, a PlayStation magazine in Holland.

"At first we had plans to release the game simultaneously worldwide, so we had the intention to deliver identical version between the regions. When we noticed that we wouldn’t make it, we decided to release the game as fast as possible in the west after its release in Japan,” said Kitase-san, through the GAF translation.

"We initially had doubts to add extra content to the western version but then it would have taken the international version more months of delay. We did prepare a DLC but it will arrive a little later in the west.”It's a mighty scoop for FFXIII fans if true.

However he recently told a Japanese strategy guide in their interview that while DLC is "possible" for the game, they were “not considering it.” So in the end we're left with a huge 'maybe' for downloadable content. Perhaps Square Enix will come clean soon?