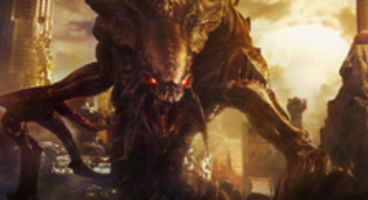 Understandably Blizzard doesn’t want to be talking about the next instalment to StarCraft II yet, after all Wings of Liberty has just hit us at retail.

Still Lead Software Engineer Carl Chimes did tease it's "just as epic" an experience as the Terran campaign out now. It's all about them Zerg.

"We're still in the development process on that and we haven't even come close to announcing anything yet. Tonight we're just focussing on Wings of Liberty," said Chimes of Blizzard, attempting to defuse the 'next chapter' curiosity.

He added when pushed some more: "The next one will be Zerg-focussed and it will be just as epic as Wings of Liberty." Heart of the Swarm is the name of the next chapter to StarCraft II and likely focuses on Zerg royalty Kerrigan, the Queen of Blades, and her rise.

Each of these chapters likely intersects one another, so we get a chance to experience the mighty war of StarCraft II from 3 differing perspectives by the end. Have you been enjoying the human side of the conflict in StarCraft II: Wings of Liberty?