Capcom: 3D and motion tech "another blip" before next-gen cycle 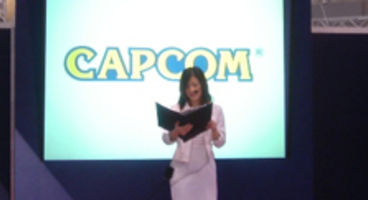 David Reeves of Capcom says that this new tech in the form of PlayStation Move, Kinect and 3D is to revive "pique interest" before next console cycle.

We can expect the next "clash of the titans" in two years or so he says. The platform holders must be "working on something", so it's a matter of time.

"Capcom is embracing it, we're working with Microsoft and with Sony on both sides and trying to match up the IPs we have with what the first-parties want," Reeves told GamesIndusty.biz, referring to Kinect and PS Move.

"It's not a forced fit. In some ways it's quite a natural way of progressing."

This is just a 'motel stop' on the way to the next console clash. "Capcom is definitely going to embrace it and just as the first-parties are doing, we see it as another blip before we come into the next cycle. 3D gaming is the same. Anything they can add to revive and pique interest in the games until we have another clash of the titans in two years time."

Formerly of Sony, Reeves says his years there haven't granted him super-insider knowledge as to what the technology is that they plan to use for the next round of next-gens, which are likely to grace store shelves in "two to three years" time.

"All the first-parties have got to be working on something," he added. "The tricky thing is when do you put a stake in the ground on technology? That's the problem. You can be waiting a few extra months to implement something, but you've got to set a date to go with a certain chip at a certain point otherwise you're going to miss the key milestones."

In the mean time to get real success from either PlayStation Move or Kinect you must build from scratch. "It's the ones that are built from the bottom up – purpose built for Kinect and Move – that are going to be successful," noted Reeves.

Sony has just managed to start pulling in a profit from PlayStation 3 hardware. Can we expect the mighty titans to dangle all new consoles in 2 or 3 years time, videogamer?