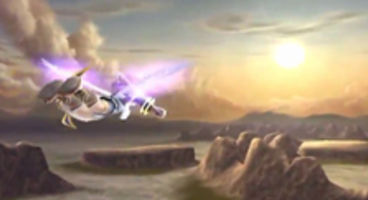 Kid Icarus Uprising's Masahiro Sakurai says we've got a creativity problem in the industry, particularly when it comes to the first-person shooter.

The main issue is that "controls are always the same" in established genres, so it feels like you take an "empty shell" and swap out "story and art".

"As far as creativity, in designing Kid Icarus, I took a look at what I thought was an overriding problem with a lot of game design. I've found that, in the established genres, the controls are always the same," Masahiro Sakurai told Techland in an interview at E3.

"For example, in shooting games, you find first-person-shooters utilize all of the buttons on the controller and always do the same thing the stick is for moving, triggers for shooting and they're always trapped in this very restricted framework for gameplay."

"And, that's just not creative. It feels like people are taking this empty shell and just swapping out the story and art and whatnot," he continued. It is pretty much a given what button is the 'trigger' but surely that's because it's the optimal choice?

"This time, with Kid Icarus, we wanted to address that certain problem and not only because I think the industry deserves it, but also because it's a more satisfying experience personally. And for this different direction, I wanted to take what was a common control system in shooters and get something that was new and smooth and easy for new players, but something that was suitable to the hardware as well."

"In the same sort of way that fighting games started to feel stale, there was definitely something new to be had in a design like Smash Brothers. That series, I think, was able to allow new players to come in and made it more accessible," he added.

"There are so many more possibilities for game design out there but I think a lot of developers are shutting out those ideas and it is definitely a creativity problem."

Does the industry suffer complacency when it comes to creativity? Have first-person shooter controls been more or less perfected with current technology? Kid Icarus: Uprising releases exclusively on Nintendo 3DS.