Kotick is AskMen.com's 16th "most influential" man in the world 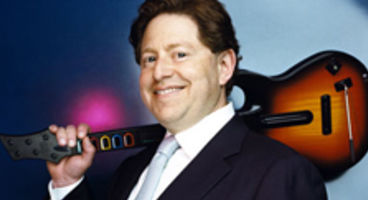 Say what you want about Activision boss Bobby Kotick but he's got pulling power in the world, despite the fact he's "infuriated legions" of us gamers.

Kotick commands after all mega IPs Call of Duty and Guitar Hero. His 16th place profile even mentions him as the "Hitler of the Gaming Industry."

"On one hand, shareholders love his ability to generate revenue and maximize profits, while on the other hand, hardcore gamers detest his perceived arrogance and utter disregard for originality." The man loves to exploit - he's admitted as much himself.

"He has also infuriated legions of gamers by suggesting a strong desire to raise prices and charge for cutscenes. It's radical ideas like these that have led more than one talking head to call him “the Hitler of the Gaming Industry.”

You might hate his guts but there's no denying Bobby Kotick has and continues to have a major influence on the videogames industry. More peripherals anyone?