Being open about development and sales makes you "genuine" 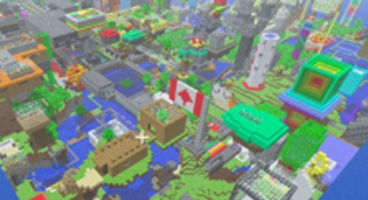 Minecraft developer Markus 'Notch' Persson from Sweden (yes it's a real place, honest) says that being open is a great way to engage with customers.

He started a counter on the Minecraft site tallying sales, but it's not some "bragging page," but a chance for us to see how well the game is 'genuinely doing'.

"Personally I like sharing that information, because I'm generally an open guy," said Markus Persson, referring to the updated user count page. At its peak the game was managing $350k a day. "But it feels a bit sometimes like it's a bragging page."

"That wasn't the intention, because originally it was for the people who had brought the game could see like a number increase on a webpage or something. I think it's a good sign, if you're actually open with your development and you're also open about the sales, it feels like you're genuine in some sense." He regrets the low price a little.

"I think one kind of small problem with Minecraft is it's kind of cheap, and people who want to pay more can't pay more... If I had more business sense I probably would have raised the price a while ago. But I try to , if I promise something, stick to that..."

Minecraft will be costing more once the title hits beta and then eventually its Gold status. Persson has also been thinking on DLC ideas but worries it could exploit.

"I'm a bit opposed to pointless DLC, but trying to think about the model a bit more makes some sense. Especially now that we're running a proper company..." He managed to open a studio thanks to the fiscal success of his alpha state Minecraft.

"I know I enjoyed some DLC before, when it feels like it's an expansion to the game which wasn't just there. Like when I was playing Mega Man 9, and I have bought content that I have already downloaded, that felt a bit weird. But the Fallout 3 expansions, I enjoyed those. If you do it right, you can do it in a good way, I think," added Persson.

Right now they're resisting venture capital investors throwing money at them. He'd rather projects "just be self-funded, because we can run the company we want. If we fail with a game it's because we failed it, not because we had to rush it to meet a deadline."

Have you joined the indie Minecraft phenomenon yet, videogamer?