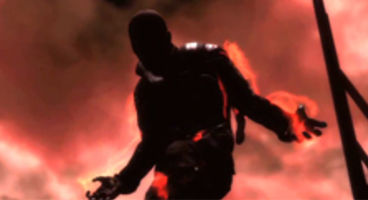 Sucker Punch's super-powered inFamous has already been rumoured for a sequel, thanks to a voice actor blabbing on his new role as Cole.

There's even chance of some multiplayer component after a Sucker Punch job listing was spotted for a 'Network Programmer'. To be at E3?

"First voiceover/motion capture audition today for a video game. Re-casting of Cole in the sequel of Infamous," twittered voice actor David Sullivan way back in October of last year. The first game was more than successful and loved enough to warrant a second.

It looks like Sony is finally ready to start thinking about lighting the inFamous 2 marketing fuse, which hopefully ignites a keg of lighting based awesomeness this E3 in June. Another rumour is that it'll hit later this year, so E3 would be a great time for attention.

Did you enjoy Sucker Punch's inFamous with lightning guy Cole?