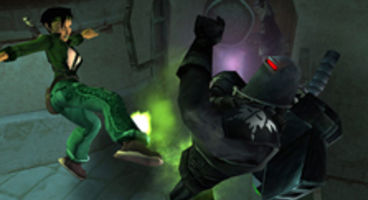 Ubisoft has made a surprise announcement that 2003's Beyond Good & Evil will be making its way to Xbox Live and the PlayStation Network next year.

It comes fully upgraded in HD with 1080p visuals meaning reworked textures, character model makeovers and even a remastered soundtrack.

As it's releasing for XBLA and PSN they've also included achievements and trophies naturally, with online leaderboards also entering the fray. At least something is becoming of the Beyond Good & Evil IP, as the full sequel is allegedly still in the works.

Beyond Good & Evil HD is bound for next year with Ubi being no more specific.