Miyamoto: Most "afraid or scared" of gaming, still "some way to go" 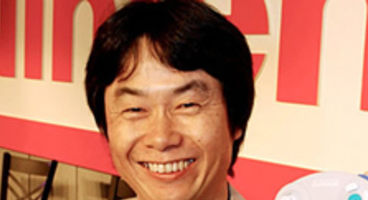 Nintendo man Shigeru Miyamoto, a super veteran designer, has said how "many people" shy away from gaming tech because they're scared.

It's his "responsibility" to promote how "convenient and useful" game technology actually is. A ways to go before we "reach the level of movies".

The Donkey Kong and Super Mario 64 creator, speaking with Eurogamer, explained how he feels it's his role to educate the wider masses all about videogames.

"The fact is many people are afraid or scared of gaming technology," said Miyamoto-san. "Actually it's very convenient, useful technology and as long as you can have some time to get accustomed there's nothing to be afraid of at all."

"So my responsibility here must be to try to let people understand how convenient and useful game technology is and try to remove hurdles so that even your grandpa and grandma are waiting to turn on the power switch of your console easily without hesitation."

Nintendo has already been praised for the huge influx of new gamers that Nintendo Wii has brought over the years, thanks to its casual gameplay and family focused titles. Microsoft and Sony now intend to capitalize of some of that for themselves.

"We feel it's an honour that some form of entertainment style we created is now going to be taken for granted thanks to the attitude taken by the other companies," he said.

"On the other hand, Nintendo is a company that is always striving to create something unique and unprecedented. And if we can do that, if we can establish to the world that videogames have such huge potential for daily life, the existence of games will be even more highly appreciated by the public."

We haven't yet reached a point where we're considered a respected entertainment medium for the mass market though, warns Miyamoto-san.

"Very frankly speaking, I have to admit videogames still have some way to go in order to reach the level of movies when it comes to social acceptance by the general public. We still have to carry on making a great effort."

Check out the interview with Shigeru Miyamoto and Eurogamer. Do you know some people who seem 'scared' to pick up a games console of their own, videogamer?