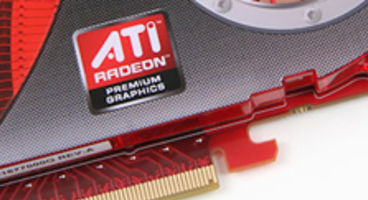 ATI graphics cards are about to become much rarer in the world as owner AMD have decided to drop the brand name, which they bought.

This is a "customer-centric approach" to branding they say, leaving behind processor-centric. Radeon and FirePro names will still remain.

"The timing is right as far as we're concerned," AMD said. All the ATI stuff we now be rebranded simply as AMD. The next generation of Radeon GPUs arrive later this year and there won't be an ATI anywhere. AMD brand 'stronger' than ATI apparently.

They polled "several thousand 'discrete graphics aware' respondents" in the US, UK, Germany, China, Japan, Brazil and Russia only to find AMD had more muscle to flex than the ATI name, compared to other graphics companies.

AMD soon plan to launch their anticipated Fusion line of chips which combines CPU, GPU and other video-based circuitry into what they call APUs - accelerated processing units. They were originally due in late 2008 or early '09. Will you miss the ATI name?