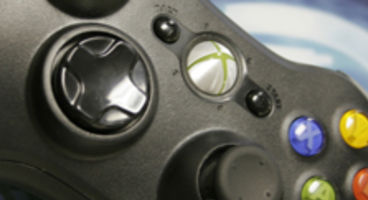 Microsoft has confirmed to Strategy Informer that a new redesigned Xbox 360 controller will be released worldwide with the Play & Charge Kit in early 2011.

"The Xbox 360 Wireless Controller with Play & Charge Kit - with Transforming D-pad will be available worldwide beginning early 2011." said a spokesperson.

Early this morning it was rumoured that Microsoft were apparently asking its Xbox division technicians to redesign the d-pad for the Xbox 360 controller, to make it more fighter friendly.

That's all we know at the moment, but we expect Microsoft to issue a press release with more details in the near future.

Customize Your Control with a New Xbox 360 Wireless Controller, Featuring a Transforming D-pad

Select the traditional plus for distinct cardinal direction movement in games like “Halo: Reach” to change weapons and perform complicated combinations and deadly finishing moves in “Street Fighter” games, or rotate the D-pad to the disc format for sweeping motions in games such as “Pro Evolution Soccer 2011.” Choose your favorite controller set-up and experience unrivaled precision for all Xbox 360 games.

The award-winning Xbox 360 Wireless Controller is taken to the next level with a unique and premium button design, a matte silver color with grey A, B, X, Y buttons and comfortable, concave analog sticks. The Play & Charge Kit includes a charging cable and rechargeable battery pack for uninterrupted gameplay and up to 25 hours of play per charge.