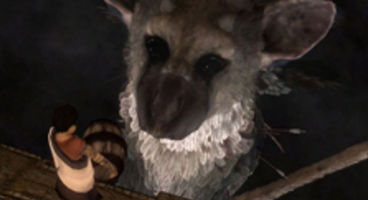 Famtisu magazine has run a new look at Last Guardian and reports that it uses its own language, and that Team Ico may include on-screen gauges.

Fumito Ueda is currently 'on-the-fence' on whether to show health gauges or not. It has a similar collision system to Shadow of the Colossus.

The Japanese magazine ran a four page spread on Team Ico's Last Guardian. Luckily the piece has been summarised into a non-fake language called 'English':

- Torico can't eat everything. If he eats something he doesn't like, he'll spit it out.

- The game uses a collision system with similar capabilities to that of Shadow of the Colossus.

- Even if you're caught by the guards that fill the dungeons, the game doesn't immediately end.

- Torico may have a life gauge.

- They're currently looking into the possibility of showing gauges to support the player -- this is one area that Ueda is worrying over.

- In its impressions of the game, Famitsu commented that it exceeded expectations -- it's real that exceeds real.

- Torico actions are very detailed -- down to the level of his reacting differently depending on the sound in the area.

- The game uses a fake language

- Famitsu commented that the boy main character's movements are also incredible. Ueda responded that when the boy approaches a wall, he will naturally extend his arms out, and as he approaches Torico, he will touch the creature. To show the feeling of existence for the characters, you need to show such actions that make it look like the character himself knows that there's a wall there.

Last Guardian releases exclusively on PS3. Team Ico is also remaking Shadow of the Colossus and ICO for release on the PlayStation 3, supporting 3D.