EA "will make a profit" with Star Wars: The Old Republic, LucasArts take 35% 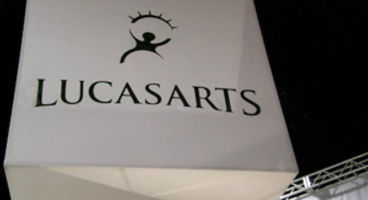 The revenue split between EA and LucasArts "is around" 35 percent to the Star Wars licensor, after EA earns back their cash. Much of disc sales "will be profit." Pachter predicts '$80m in profit'.

The analyst points out they need about 500k subscribers to make money from the MMO, and EEDAR VP Jesse Divnich says he sees little risk for the Star Wars title.

"The revenue split is around 35 per cent to LucasArts after EA earns back their investment. That means EA keeps most of the revenue from disc sales (they have marketing expenses and need to staff up the server farms), so they should earn a nice profit there," said Michael Pachter.

"Keep in mind that EA expensed the development cost when incurred, so much of the disc sales revenue will be profit." He believes it will generate 1.5 million subscribers, generating a profit around $80 million a year for EA.

"On an ongoing basis, they will split revenue from running the subscription business. My best guess is that they will attract 1.5 million subscribers paying around $15 a month, so they should generate around $270 million in revenue. If LucasArts gets 35 per cent and if EA incurs around 35 per cent operating expense, they make 30 per cent, or around $80 million per year, in profit. That's not bad," he explained, dismissing Kotick's 'concerns'.

"Taking into account multiple years in service and expansion packs, $500 million in total revenue is not a far stretch. If an MMO can't be profitable at $500m in revenue, than we are all doomed," said Divnich.

Activision's Kotick warned that LucasArts would be the "principal beneficiary" of any success. Star Wars: The Old Republic releases on PC December 20th, with pre-order customers getting up to five days early access.