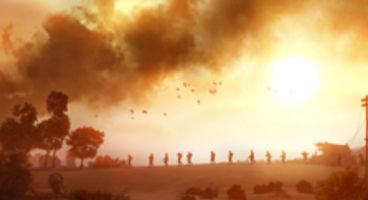 March 31st will see it close as they gear for launch. Those who registered before February 1st can get Company of Heroes Gold Edition for just $4.99.

"After an exciting period of operating and testing, we will be closing Open Beta on March 31, 2011 to evaluate the next steps for the Company of Heroes series," posted Relic.

"As of today, you can no longer purchase COHO Cash from the website, but you will be able to spend any purchased COHO Cash in the game until March 31, 2011. We will also honor any COHO Cash Card redemptions on the website until March 1, 2011." See details.

You can pick up a copy of Company of Heroes Gold Edition from the THQ Store for just $4.99 if you signed up before February 1st. Relic note there's an issue right now preventing eligible users from redeeming their codes with the THQ Store.

"The Gold Edition offer is available to all players worldwide. We are working to rectify this issue and will inform you when the fix is complete," promised the studio. Company of Heroes Online releases for PC but has no official release date yet.