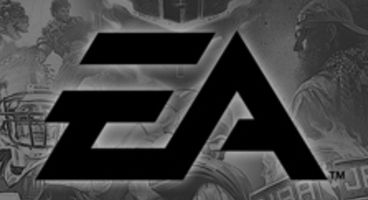 Revenue per title released in 2010's last three quarters was up 25 percent, and Dead Space 2 is near 2m sold already. EA prefer "connected" over 3D games.

EA also talked about the strike action going on among the NFL, and they're of course "looking forward" to the organisation and its players "resolving their differences and starting the season on time this year," said John Schappert.

"...but in terms of a planning assumption ... we've baked in the most conservative assumption, meaning no season. We're optimistic it can be better than that, so there's an upside," he added. Last year's Madden NFL title sold over 5m copies for EA.

So what about all this 3D business? EA prefer connected games over stereoscopic 3rd dimensions right now. "My personal view is the larger idea, at least for the present, would be the connected game," he said.

"I'm more in the camp that IPTV is a bigger idea for gaming, at least in the near term, than 3D is. It just provides a better social experience and you know that consumers playing with one another is a very positive and powerful motivator."

"While there's no doubt that our industry will have its 'Avatar', where 3D is a defining aspect of the game ... I'm mostly interested, with all the mobile devices that are coming out, in how they're being connected to one another and how the same IP is shared over the top," Schappert continued.

"I think that's actually a bigger driver for EA and the industry in the near term."

At the end of 2010 publisher EA employed 7,742 people, which is down 9.3 percent from the end of 2009. Despite the cuts and increased revenue per game launched they still posted an eye-watering loss of $322m for Q3, which ended December 31st.