Rumour: Borderlands 2 announcement soon, due out in 2012? 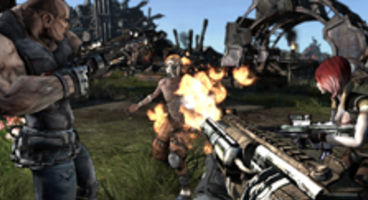 A source close to Gearbox Software has blabbed that an announcement from 2K Games for Borderlands 2 is imminent, and the RPG shooter will release next year.

It'll be coming to Xbox 360, PS3 and PC from Gearbox. Rumours have been around for some time and a developer's CV named it back in April this year.

"I can tell you that myself and everyone at Gearbox LOVES Borderlands and we have been absolutely thrilled at the reception it's gotten from our customers and the fact that it's sold over four million units now," said Gearbox's Randy Pitchford earlier in 2011.

"So you can see that we supported the game like mad with lots of great DLC and you can imagine that we're going to want to do a lot of things with Borderlands in the future."

The most recent release from Gearbox Software has been Duke Nukem Forever, and they've also got Aliens: Colonial Marines simmering away in the office. 2K Games declared a future instalment a 'no brainer' given the huge success of the original game.