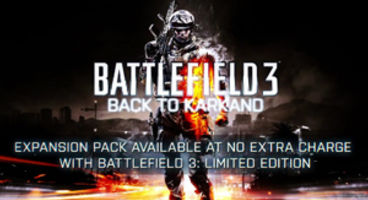 DICE has mentioned before that the Back to Karkand DLC for Battlefield 3 will get a one week timed exclusive launch on PlayStation 3, before hitting Xbox 360 and PC.

As the PS3 version lands December 6th, that means we can expect Xbox Live and Origin to get their updates as early as the 13th. Four classic Battlefield 2 maps arrive in the DLC.