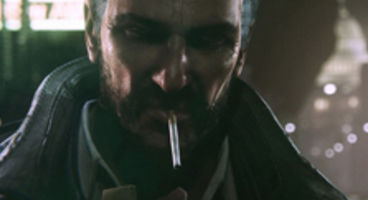 Epic Games' Mark Rein showed a behind-closed-doors demonstration of what his studio feels to be the future direction of videogames in technology terms.

It's their "proposal" for what the next-gen should be, said Rein. This new UE3 "scales all the way" from console to iPhone. High-end PC used for the demo.

According to this report by VG247, the tech demo was like a 'CG movie' more than anything in-game. It was powered by three Nvidia GTX 580s, presumably in tri SLI mode (that's when three cards are bridged together to share memory and processor power).

“The whole idea behind this is to tell the hardware manufacturers that this is what you should be doing down the road,” continued the Epic boss. This is still Unreal Engine 3 he says but it's more like 'UE 3.975'. It's a greater leap than UE2 to 3 in raw power.

"Another thing that’s awesome is that the engine now scales all the way from an iPhone 3GS up to next-generation hardware. That means you could theoretically make a game that’d run on every single one of these devices. Mobile phones to tablets to set top boxes."

All of these huge updates to the engine are with licensees right now as when Epic update their Unreal Engine technology it's given to all who subscribe. No platform holder has yet unveiled a next generation console - each swear there's more mileage yet.

“If the next game consoles can’t do this, well, Apple increased their iPad by nine times today,” commented Rein. VG247 wrote up their impressions on the tech demo.