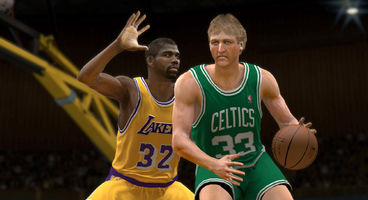 With there being no prayer of an NBA season in 2011/2012, 2K Sports will be paying homage to the past greats. Having already shown off the three covers of NBA 2K12 featuring Larry Bird, Magic Johnson and Michael Jordan, 2K Sports has announced that NBA 2K12 will include 15 historic NBA teams featuring past all-time greats such as Jordan, Bird, Johnson, Kareem Abdul-Jabbar, and Julius “Dr. J” Erving, among others.

"We've always talked about that age-old debate across all of sports, especially basketball, the debate that asks, 'Hey, what if today's NBA teams could play some of the historic NBA teams? What if Kobe or Lebron took on Jordan in his prime?'" said Jason Argent, vice president of marketing at 2K Sports.

"One of things we've gotten known for over the last couple years is that broadcast style presentation, as if you're watching a game on television," Argent explains, "If you go back and look at old game footage, it's not the way TNT is covering it this year. We spent so much time going back and trying to look at how camera angles were and all that. We tried to be as true as possible, so your shot clock, your bottom scoring box, all that stuff, we tried to create exactly as it was in that day and time. Even the game rules. Everything is true to that time."

From a gameplay standpoint, the Greatest mode will attempt to recreate every historic detail of classic NBA basketball experience, including tiny shorts, afros, and high socks. 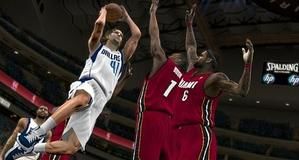