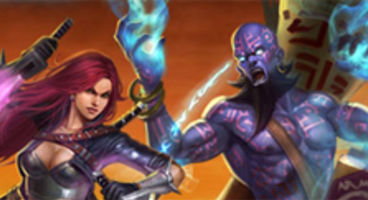 Developer Riot Games has defended their carving up of the EU server population for League of Legends, saying it was "by far the best way" short term.

Overcrowding was causing stability issues and so Riot halved the EU territories, which they did in a way to preserve the "greatest number" of friendships.

They admit "this is not a perfect solution", but it was "by far the best way to offer a consistently stable service and a great player experience in a short time frame". Users have naturally poured scorn on the move leading Riot to defend their actions.

League of Legends Europe now splits into EU West and EU Nordic & East server groups. Players are automatically assigned a server based on their location.

"Before making this decision we took a very hard look at how people were making friends playing League of Legends," said Riot's Mirko Gozzo.

"From our research – and this was very surprising to us – statistically, Scandinavian summoners have more friends in Eastern Europe. We considered a wide variety of scenarios when planning for this split, and this was the solution that preserved the greatest number of friend connections in Europe."

"We know this is not a universal truth, which is why we decided to offer one free server transfer following the split," he added. "And of course, anyone will be able to join either platform as a new summoner." A free transfer is offered to Europe.

"The facts – particularly where friend connections exist amongst our European player base – speak for themselves. And we are giving players the choice by offering a free transfer if they feel we put them on the wrong platform," continued Gozzo.

League of Legends is a free-to-play online action strategy title that was inspired by the Warcraft III mod Dawn of the Ancients. Do you play it, videogamer?