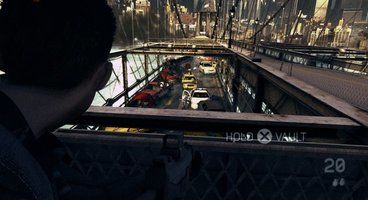 Kotaku managed to get a sneak peak of the long-await next game in the Rainbow Six series, and is calling it "the Most Innovative Shooter in Years".

The reason for the unusual praise is the new "morality" system in the game, where a player's decision will have repercussions later in the game, and since the decisions will result in a branching story, it will be impossible to play every level in the game on a single play-through - players will have to make different choices in other campaigns to see everything.

Kotaku was treated to a sampling of this in which a stranger is kidnapped by terrorists and forced to wear an explosive-laden vest. The gamer actually takes on the role of the stranger, having to hold the trigger to keep himself from blowing up. The perspective shifts to the anti-terrorist squad as they try to prevent a New York City bridge from getting blown up in the middle of rush hour.

As the squad, the player can use the HUD to track down the victim, and icons allow players to pick body parts on the terrorists to decide whether to kill or incapacitate. The HUD will also show just how many people are in the blast radius of the bomb, so players have the option of having the victim blow up if they feel damage will be minimized. You can even kick the victim off the bridge and have him explode harmlessly out of the way - of course, you just killed an innocent victim as well.

There will probably be an official announcement in the coming weeks. We'll keep our eyes open for it. 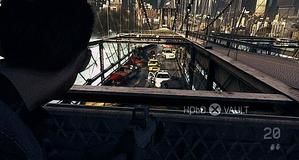