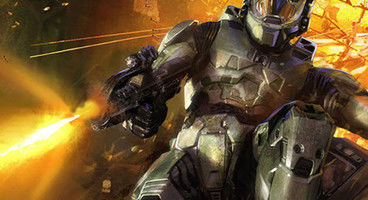 Even though 343 Industries is comprised of ex-Bungie members, and headed by Frank O'Connor, Bungie looms like a spectre over their current project, Halo 4, which will be launching a new trilogy starring the indomitable Master Chief.

O'Connor states that their goal is not only to make "an amazing Halo game", but make a game that is distinctly a 343 Industries game, not a copycat Bungie game, stating, “People looking back will probably be able to say: ‘this is the flavour that 343 added’ in relation to the games that came before."

The studio boss also acknowledges the incredible pressure that the developer will be under, saying, “We’ll come under a lot more scrutiny than Bungie did, even though their teams shift monumentally between games. There’s definitely core people still there, but other than that vastly different people worked on each game. There’ll be differences in style that will be attributed to 343 that wouldn’t have been examined under the same microscope if it had been another Bungie team doing it.”

343 Industries creative director Josh Holmes added: “The other big challenge was finding the strength and the confidence to take risks, and bring a new and fresh perspective whilst balancing that with the core of what makes Halo great – the things that made us fans of the series in the first place. We can’t just regurgitate the same experience."

As for what exactly is being worked on in Halo 4? Holmes coyly stated, “For the team, I think finding that balance has been one of our biggest challenges: how do we push new ideas, whilst continuing to respect the legacy. In terms of specifics, we’re still pretty tight-lipped about what we’re doing.”