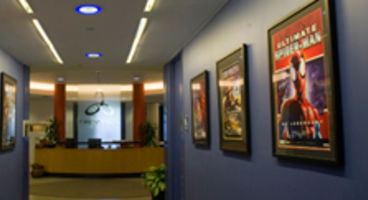 Whilst on the hunt for a Senior Software Engineer, Call of Duty developer Treyarch's website mentions bringing their "hugely successful game to a new console."

Not since 2008 has Treyarch worked on anything beside Call of Duty. The post requires adapting "graphics and other major systems" to the new platform.

It certainly suggests that this new platform for the long running shooter series may debut as a port of the lead SKUs for Xbox 360, PS3 and PC. The big question naturally is what "new console" are they referring to? Nintendo Wii U? PlayStation Vita?

"Treyarch is seeking a Senior Platform Engineer for a position on the team bringing our hugely successful game to a new console," reads the job ad. The candidate must "adapt graphics and other major systems in our engine to a new platform".

Rumours abound of a new Xbox platform being announced at E3 2012, and that even Sony could unveil the new PlayStation home console within 18 months time.

Call of Duty: Modern Warfare 3 releases on Xbox 360, PS3, DS, Wii and PC November 8th. It's Treyarch's turn next to produce a major instalment in the series.