06 April 2011 | By Jonah A. Falcon
Timegate Studios has revealed in a tweet the release dates for the PC and Xbox 360 versions of Section 8: Prejudice, which will be a digital download on Xbox Live Arcade and Live for Windows.

The developer has announced that the game will land on Xbox Live Marketplace in two weeks on April 20, and the Windows version will hit Games for Windows Live on May 4. The PlayStation 3 release date remains an enigmatic "Summer 2011" release. 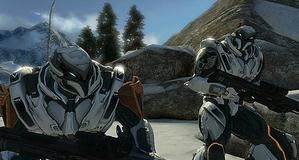