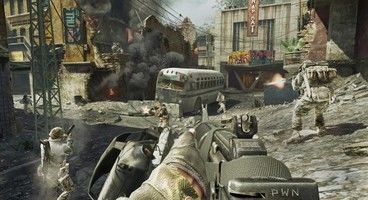 Treyarch is defending the 1200 MSP ($14.99 USD) price point of the Call of Duty franchise's downloadable content that has been the norm since Call of Duty: Modern Warfare 2. Community manager Josh Olin claims that people "see value" in them.

In an interview with OXM, Olin was asked if people had simply gotten used to paying premium prices for downloadable content, after fans had cried foul when the first expensive DLC had dropped for Modern Warfare 2 years ago.

Olin responded, "It's a little of getting used to it, but I think people see there's a lot of value in the map pack. All four of our MP maps are brand new from the ground up- they're not rehashes from single player, they're not old maps that people have seen before - they're brand new maps."

"As well as those maps, they get new gameplay mechanics with ziplines and destructible bridges and auto turrets and then in Ascension they get... in fact every new zombie map we've ever made for DLC, it's more than just a few maps - new weapons, new enemies, new traps."

This isn't exactly true, as some of the 1200 MSP downloadable content has featured 3 new maps and 2 old maps from previous Call of Duty titles. However, don't expect the expense of DLC to drop, as fans have not been put off enough by the price of the recent First Strike content pack to not sell a record-breaking 1.4 million units in only 24 hours.