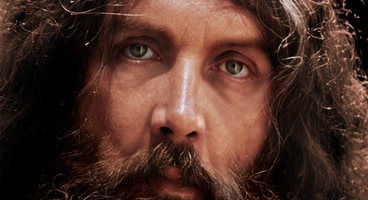 Alan Moore, iconoclastic comic book writer, is hinting broadly that he's working on a videogame script that will be revealed sometime in the next year or so.

At the debut live show for Dodgem Logic, Alan Moore's fanzine, Moore was asked if would be interested in writing a videogame. His response was intriguing, to say the least:

“What I thought was wouldn’t it be funny if I came up with an idea that was like brilliant – and had all these other ideas, kind of, embedded in it... Hey this is the 21st century people want to expand everything into multiple platforms, into games and all sorts of things, so what if I embraced that, what if I came up with a concept that could spin out into all sorts of things that I believe, in the way that I wanted to… That would be quite diabolical, couldn’t it?

“All part of some kind of mega project which you really will have to wait to hear the rest of. But yeah, there’s possibily going to be some suprising stuff happening in the next twelve months. ”

That is a transparently veiled "Yes", one has to believe.