Generator Rex: Agent of Providence revealed, based off cartoon 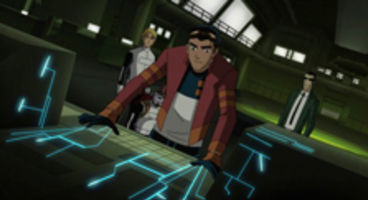 This partnership will extend the brand into the "vital interactive market." Players assume the role of Rex, a teen with nanites in his blood making him into a weapon.

"Generator Rex embodies the best of boys’ action: a conflict-driven storyline, aspirational characters and an arsenal of cool weapons and vehicles,” said Cartoon Network Enterprises' Pete Yoder. Agent of Providence "captures this non-stop excitement and is the perfect title to extend the brand to the vital interactive market."

"This is a property tailor made for video games,” chipped in Activision's David Oxford. “We look forward to unleashing Rex’s powers in a way that fans of the show will love.” Since the dawn of time it's been the dream of every boy to have nanites in his blood.

Luckily that fantasy is reality with Generator Rex, a teenager who fights "Van Kleiss and his minions from gaining unprecedented powers that could destroy the earth!" Bad guys are known as "E.V.O.s (Exponentially Variegated Organisms)," who are mutated into beasts because unlike some hormonally charged teen, they can't control their nanites.