E3 2011: Sony press conference will include "new God of War" 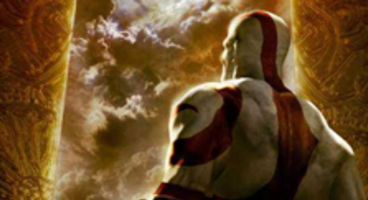 Forbes is reporting that Sony will excite God of War fans today as they unveil an all-new "God of War 3D adventure" as part of their E3 2011 line-up of surprises.

The report's author says they got "hands-on time with most" of Sony's big E3 hitters. Last March saw the release of God of War III from Sony Santa Monica.

"I was able to get hands-on time with most of Sony’s big games before E3 2011," blogged Forbes' John Gaudiosi on the upcoming E3 2011 event.

"Sony’s press conference will announce some additional titles, including a new God of War 3D adventure, but these five titles should help drive sales of PS3 hardware this year and also keep PS3 gamers happy now that the hacking incident is over."

It seems Gaudiosi got some playtime with Starhawk, Twisted Metal, Uncharted 3, Ratchet & Clank: All 4 One and Resistance 3. Sony's conference takes place later today in Los Angeles, or early morning tomorrow if you go by European time zones. Are you tuning in?