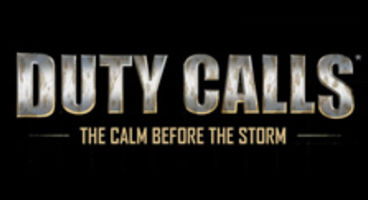 Poking fun at Activision's Call of Duty franchise is People Can Fly and their free-to-play 'Duty Calls' shooter, which has exploded in popularity among fans.

It's filled with ridiculous kills and insanely over-the-top rank-ups. It's a tongue-in-cheek plug for Bulletstorm, People Can Fly's own over-the-top shooter.

Have you reached Duty Calls' rank of 'Sergeant of the Master Sergeant Most Important Person to the Max' yet videogamer? Enemies killed in Duty Calls shout out things like 'ow' and 'boring' as players are rewarded to crazy degrees with rank-ups.

Check out the official website of Duty Calls to play for free. Bulletstorm releases on Xbox 360, PS3 and PC February 22nd in the US, and on the 25th in Europe.