07 April 2011 | By Jonah A. Falcon
As several Sony web sites went down this week, notably Style.com and the US PlayStation Blog and official website, PlayStation Network has experienced outages in services. a hacker group Anonymous claimed responsibility for these issues, declaring war on Sony over its legal action against several PS3 hackers.

Sony has responded to these claims by issuing a statement that the company was "looking into the matter", finally acknowledging that the outages may have been the work of hackers and not technical issues.

"We are currently investigating, including the possibility of targeted behavior of an outside party," Sony said in a statement to CNet. "If this is indeed caused by such an act, we want to once again thank our customers who have borne the brunt of the attack through interrupted service. Our engineers are working to restore and maintain the services, and we appreciate our customers' continued support."

Below is the threat by Anonymous sent to Sony and public outlets. 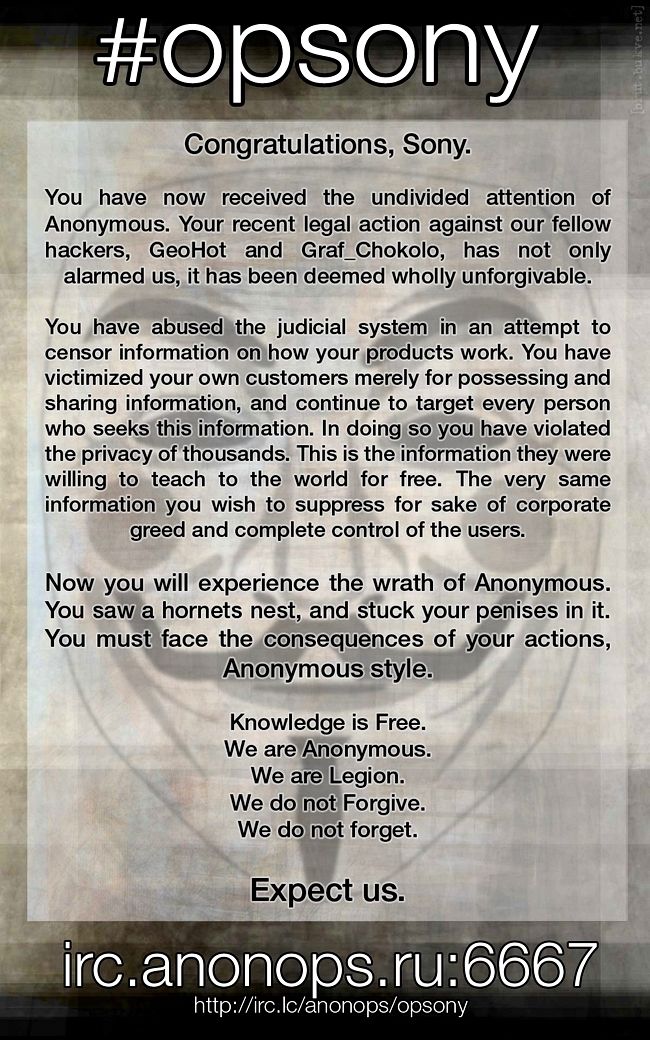