Mass Effect film gets ComicCon panel with BioWare and writer 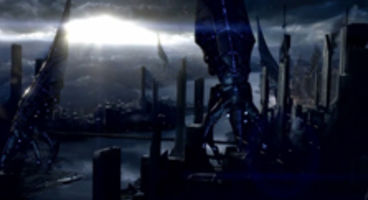 They'll be discussing the still-in-the-works Mass Effect movie project. Legendary Pictures picked up the rights to the film with Warner Bros. co-financing.

The press release for the panel mentions "screenwriter adapting the game to film", so it sounds like fans will get to learn something about how it's progressing. There's plenty that will need to be cut from the game to squeeze into a movie.

BioWare bosses Ray Muzyka and Greg Zeschuk were said to be attached as executive producers of the film. Legendary Pictures has brought the world of cinema 300, The Dark Night and The Hangover. Warner Bros. will co-finance and help distribute.

I Am Legend and Thor were both scribed by Mark Protosevich. What do you think about BioWare's much lauded sci-fi RPG series coming to the silver screen? Who has the acting chops to player Commander Shephard? Will they aim to follow the trilogy?