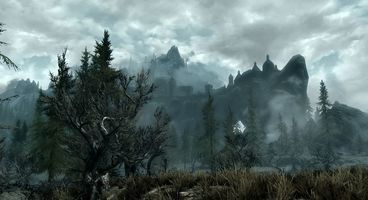 Pete Hines of Bethesda has waved off the 'lag link' suggested by Obsidian Entertainment's Fallout: New Vegas project director Joshua Sawyer, who claimed it was how game data got saved.

Sawyer pointed the finger at the fundamentals of the system and how every object moved in the world is saved. PR and marketing VP Hines says he "brings up issues we solved long ago."

All Bethesda offer right now are some tips on how to minimise the lag problems, like turning off auto saves. They also say it's best to clear space on the hard drive and possibly even upgrade it.

Obsidian's Josh Sawyer said the lag issues were likely "an engine-level issue with how the save game data is stored", which is something they discovered for Fallout: New Vegas. "We're talking about how the engine fundamentally saves off and references data at run time. Restructuring how that works would require a large time commitment," he added.

Bethesda's Pete Hines dismisses this as the root: "No, it isn't true. He brings up issues we solved long ago."

"Josh Sawyer did not work on Skyrim nor this engine and his comments don't reflect how the current tech works," he continued. Bethesda has been keen to point out that The Elder Scrolls V: Skyrim uses a much improved game engine from their Oblivion and Fallout 3 days. New Vegas was partly criticised for using such 'old tech'.

Bethesda has fully acknowledged the 1.2 PS3 patch for Skyrim doesn't help everyone.