E3 2011: Trailer for Neverdead from Konami airs, lots of action 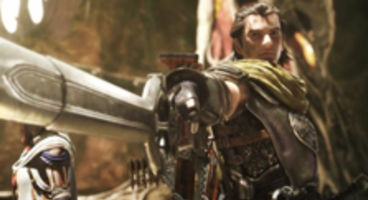 An all-new trailer for Konami's Neverdead, due this winter in Japan, has revealed itself at E3 this week and its packing action to whet our appetite for mayhem.

No western date has yet been announced by Konami but it's heading for Xbox 360 and PS3. Rebellion Software is developing the demonic plague riddled title.

The hero of the piece can apparently never die, hence the name Neverdead, as we can use "regenerative powers to re-assemble his body to evade death".

It's third-person action "set in a fantasy and horror-influenced universe of the near-future where supernatural battles between humans and extraordinary creatures span a vast city landscape." We get a "unique butterfly design-inspired sword" and lots of guns.

Neverdead releases on Xbox 360 and PS3 this winter in Japan. Yes the traditional cringe worthy dialogue we come to expect from Japanese action games is present.