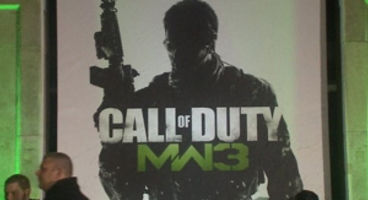 UK retailer GAME, who own Gamestation, and online retailer Amazon have both confirmed Activision's Call of Duty: Modern Warfare 3 as being their largest pre-order title ever.

Retailer HMV have seen "pretty decent pre-order levels," but otherwise feel that over the counter sales will be the true driving force for breaking records, particularly now at the early stages of Christmas.

Call of Duty: Black Ops landed itself with the record of being the fastest selling videogame in UK history when it shifted 1.4 million copies day one. Analysts agree that even bigger things are expected from Infinity Ward's latest.

Call of Duty: Modern Warfare 3 releases on Xbox 360, PS3 and PC today. Are you playing it, videogamer?