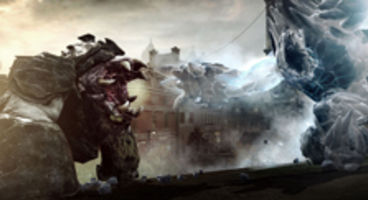 Bosses like the Devourer and the Titan are now placeable, useable "any way you can think of," and now missions can be linked. You can review missions too.

The simply named 'Update 3' "is now live and we have packed it full of goodies for you, all for FREE! We have been quiet for a little bit because we are hard at work with tons of improvements and new features for inFAMOUS 2 UGC," blogged Sucker Punch.

So that's boss monsters placeable and fully scriptable, Mission Linking so you can create your own series of missions for Cole, and now mini Mission Reviews to leave behind more than just a few star ratings. The community is getting close to 80,000 UGC missions.