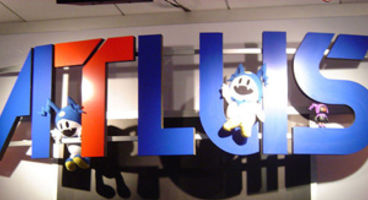 Publisher Atlus has picked up Cyanide's A Game of Thrones RPG and will be shipping it off to stores. It features an original story written by A Song of Ice and Fire author George R.R. Martin.

Apparently it will also include clips from the hugely popular HBO series. Details about the RPG title remain thin on the ground, but the protagonist is leading former Rebel soldiers?

In any event fans will be cautious as an RPG based on such a deep fantasy setting has such high expectations, and developer Cyanide is a relative unknown among wider circles.

The studio recently released A Game of Thrones - Genesis, a real-time strategy that has by and large failed to impress with its hectic rock-paper-scissors gameplay. It should be noted that Cyanide picked up the rights to both the RTS and RPG before A Game of Thrones exploded in popularity on HBO, otherwise someone bigger may have got it.

Bethesda kicked around the idea of an RPG set in George R.R. Martin's world, but decided they'd rather have complete freedom with their own fantasy world with a little thing called The Elder Scrolls.

A Game of Thrones releases on Xbox 360, PS3 and PC at an undisclosed date.