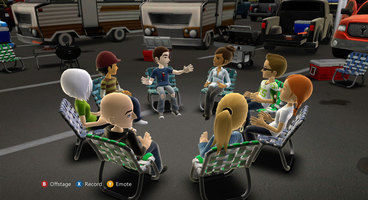 According to a leaked internal memo from a Microsoft tech support employee, the next Xbox 360 system update will be issued on 19th May.

The update will be rolled out between six separate groups "to ensure a high quality deployment.", which should be completed by 30th May. Avatar Kinect won't be included in the update, but it will be released as a separate download on 27th May.

Apart from that we'll see a new disc format introduced, which is known as XGD3. This is an anti-piracy measure that allows extra storage space and additional layers for copy protection.

Paypal support is also mentioned, which allows consumers to purchase points, subscriptions and more with a new payment instrument. Payal will be the only user-facing feature for this update.

You can see the memo below: 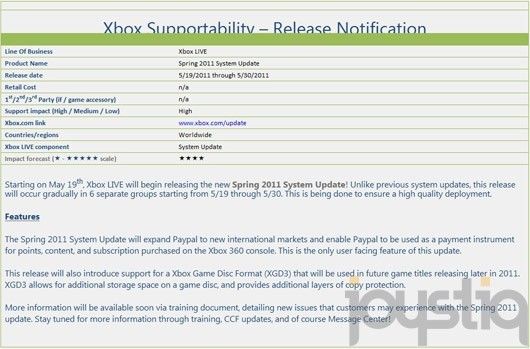