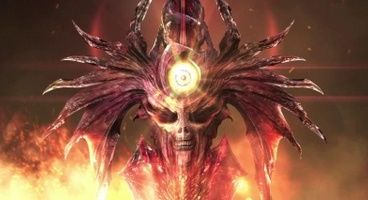 Project Soul has stated at the E3 press demo that Soul Calibur V will have 20 to 30 fighters, and, according to the developer, over half of them will be new.

Soul Calibur V is still a ways off, with a 2012 release date and only 15% complete. It features an entirely new engine, an will be faster than previous games in the fightning series, in part to answer criticism that those games were too "slow" for competitive fighting.

The game will also feature a new special gauge that Project Soul says is similar to the "Critical Edge" system from Soul Edge.

At the closed door demo, four fighters from the roster were shown off and put through their paces: roster veterans Mitsurugi and Siegfried and newcomers Patroklos and Pyrrha. As expected, the roster will be revealed bit by bit as the game gets developed.

Soul Calibur V will be released next year on Xbox 360 and PlayStation 3.