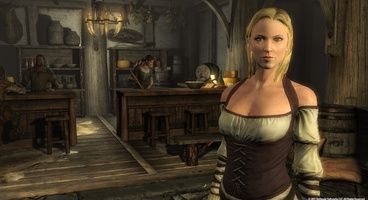 In an interview with Gamasutra, Bethesda wants to reassure fans that The Elder Scrolls V: Skyrim won't be "dumbed down", and not to mistake making the game "less confusing" with making it "more accessible" (which has become a code-word for "dumbed down for the masses".)

"We want to remove confusion, that's what I'd say," lead designer Todd Howard told Gamasutra. "As opposed to making it more accessible, we'd like to remove confusion for anyone who's playing. What happens in Oblivion is you start the game, play for three hours, and then think 'I want to start over, I chose wrong.' So we'd like to sort of alleviate some of that. I also think the controls work better ... it's more elegant.

"You look at Call of Duty, the most popular game in the world, and that's actually pretty hardcore. At the end of the day, it's a hardcore game, has RPG elements in multiplayer, making classes, picking perks. I think the audiences are there, and we tend to make our game more for ourselves and other people who play a lot of games."

The Elder Scrolls V: Skyrim will be released on PC, Xbox 360 and PlayStation 3 on November 11.