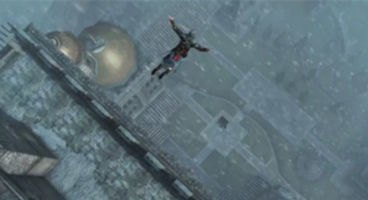 Happy-ish news for the PC Assassins Creed crowd as Ubisoft reveals that Revelations, which arrives later than on console, won't be using their 'always-on' DRM requirement.

Instead we just have to suffer the indignity of an online activation the first time after an install. That means offline play for all, or actually being able to play the game for those with sucky Internet.

The fact that Ubisoft is withdrawing their full DRM system from such a big blockbuster title is perhaps a sign of things to come. Hopefully Ubisoft realise how unfair the demand has been.

So relax PC gamer as you're longer presumed to be a shifty eyed thief all the time, but only when you've first installed the game. Assassin’s Creed: Revelations releases on Xbox 360 and PS3 November 15th, and on PC the 29th. Check out the newly released launch trailer for the final instalment of Ezio Auditore.