Payday: The Heist gets into the holiday spirit with a new update 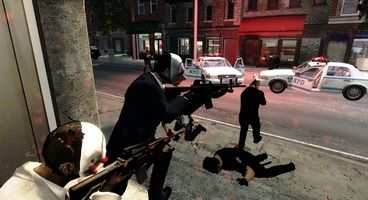 Sony has announced that the latest update to the PC version of Payday: The Heist brings a little Christmas cheer to the general larceny.

According to the publisher, in various levels of the multiplayer mode, players must find a wrapped present in order to gain the latest achievement. Once the present is discovered, they will be given the ultimate Santa mask, which will equip them with a new identity specifically for the holiday season, as well as a chance to win a gift from Steam! Ho, ho, ho!

The update also adds some needed features and fixes, including:

* Player Drop-in: ﻿Join ongoing games and continue stealing those precious gems and dollars without being locked out

* Improved Combat: Strategize, as fighting and acting have been heavily improved for enemies! The team and enemies now pick better cover and firing positions, and use more intelligent firing lanes for suppression and sniping

* New Masks: Choose one of the four all-new masks that have been added in celebration of the recently released military shooters

Payday: The Heist was released on PC on the 20th October. 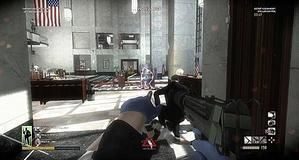