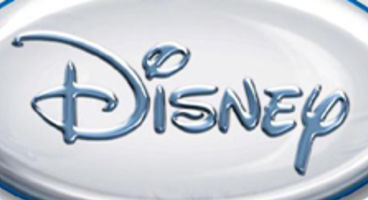 The last 6 months for Disney's game division has cost them $128 million, which included a $33 million accounting charge for Playdom's acquisition.

This loss is almost double that of the same period last year. Disney hope to breakeven in 2013. Asked why are they in the business "versus just licensing"?

This year will see a few new releases from Disney Interactive but next year is better for them as they will launch a greater number of titles, which is why by 2013 they hope to be seeing healthy figures in their accounts. Some question why they're bothering at all.

"We took a five month hiatus which has not been planned from releasing games, to build a higher quality game, and then also, to restack our technical capabilities to deal with volume, or to deal with scale, which we are hoping to achieve," said CEO Robert Igor.

Disney recently cut back on Black Rock Studios staff, the creators of new racer IP Split/Second. Overall Disney is doing very well for itself with sales of $9.07 billion and operating profit of $1.7 billion in the last quarter.

"I think there's a lot of concern about the interactive side and why you're bothering with this piece of the business at all," said BTIG's Richard Greenfield, a trading and funding company. Frankly a lot of people are starting to ask that question.

"Looking at people's reaction, people are just kind of shocked at the size of the Interactive Media losses, and so there's a lot of questions like why did Disney need to be in this business versus just licensing its content. Why is this so important to you?"

They see real potential to grow their franchises, particularly in the social and mobile gaming space. "We're looking at the social media space today, particularly games and believe that there's an opportunity to leverage current IP or create new IP in a space that we think is still in its infancy, still going through a bit of a shakedown but we still thought that it would be a wise bet on new technology platform earlier than maybe when we were betting our resources on the console space," said the CEO.

"So the opportunity for growth on the social games side, at least at this point of our entry, is probably greater than it had been when we entered the space on the console side. I guess the same would be true on the mobile side. We just feel that controlling our destiny and making some smart bets that have potentially greater upside, albeit bearing some more risks would be the right thing for us to do."

Should Disney just pull out of videogames development and license their properties to interested third-party studios? Rival Warner Brothers seem to be doing much better having had huge success with the LEGO series of titles and the more recent Batman.