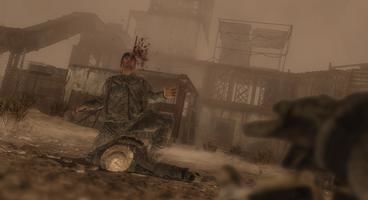 Kotaku has learned from inside sources some key details of the not-yet-announced Call of Duty: Modern Warfare 3.

The biggest surprise is that the game is a true sequel, not a prequel as many assumed the game would be. Modern Warfare 3 will be "delivering a "world in crisis" feel to the aftermath of the U.S. invasion. However, it looks like it won't be another take on Red Dawn, a post-U.S. invasion storyline already explored by Homefront. While it's unclear where specifically the game will be set, Modern Warfare 3 will have a urban setting, much like the U.S. missions in Modern Warfare 2, with military vehicles, including tanks, rolling through suburban streets."

The stars of the game will be reportedly be Captain John "Soap" MacTavish and Captain John Price. For those gamers who didn't finish the campaign, Modern Warfare 2 ended with Price, Soap and a Russian informant codenamed Nikolai on the lam, as they have been branded international criminals after their killing of Lieutenant General Shepherd.

Kotaku was also told that Modern Warfare 3 will be a lot like Battlefield 3, taking the Call of Duty series into a much larger, epic scale. The game will feature more and more countries entering the fray, "creating a potential World War III scenario." Like Battlefield 3, the game will also feature large, urban destructible environments.

This will be the first Modern Warfare game that's not directed by Jason West and Vince Zampella. It'll be interesting to see the level of quality without the original guiding hands of the Call of Duty co-creators.