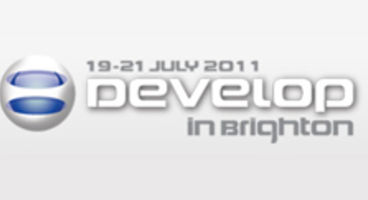 Vice President Mick Hocking of Sony Computer Entertainment will be dissecting the performance of stereoscopic 3D on the PlayStation 3 after its first year.

He'll touch on the transition from promotion to delivering 3D gaming, what can go wrong and where the future may lie with better 3D tech. Develop is this July.

The Develop Conference is held in Brighton, UK. VP Mick Hocking will be giving his keynote on the third day of the event, July 21st. It's entitled 'The Stereoscopic 3D Experience: The First Year of 3D on PlayStation 3', and will be at the Odeon Brighton.

“I’m really looking forward to giving this keynote at Develop. I’ll be doing a 3D post-mortem from Killzone 3, and also showing how we implemented 3D as an advanced post effect in SOCOM 4," said SCE VP Hocking.

"I’ll look at how we used a 2D camera for 3D augmented reality in EyePet Move. Actually being able to show these on a big screen with surround sound will make all the difference for the audience." He's in charge of the WWS Stereoscopic 3D team.

For more information about Develop visit the official website.